A snow-white tribute to PēterisUpītis's mother.

PēterisUpītis dedicated many lilac cultivars to people close to him. With gratitude and love for his mother, he named one of the most beautiful white lilacs he bred 'Māte Ede Upītis' ["Mother Ede Upītis"] after her. His brother Augusts remembered how the lives of Pēteris and his mother were closely woven together until her last breath. Everything was always forgiven, and all things made right. Many have described Upītis's mother as a woman of refined tastes. She always had room for decorative flowers in her garden. Whenever she brought a cake to someone she was paying a visit to, she would decorate it with a flower. Even if it was cookies or a piece of pork that she brought, she would wrap them up beautifully and put a little flower on top. During white winters she would decorate the package with a small green twig from a fir tree. When the children were getting dressed for special occasions, their mother would always say that "good clothing should be worn beautifully", meaning they should be properly behaved while in public. Pēteris held his mother in very high esteem. He showed respect to his mother's memory by bowing to this white lilac, holding his hat in his hand, whenever he passed it. This white and abundantly blossoming lilac stands as an unusual yet wonderful monument, dedicated to a woman of strong character – his mother. PēterisUpītis's contemporaries recalled how the master would always choose to gift this particular cultivar to women, always remarking "it's Upītis, not Upīte!". PēterisUpītis also dedicated some lines of poetry to his mother: "And for all the flowers that I ran out of time to offer you, I will empty them in the garden – may they bloom in lilacs. When they reach this warm earth, you will feel them, dear Mother." 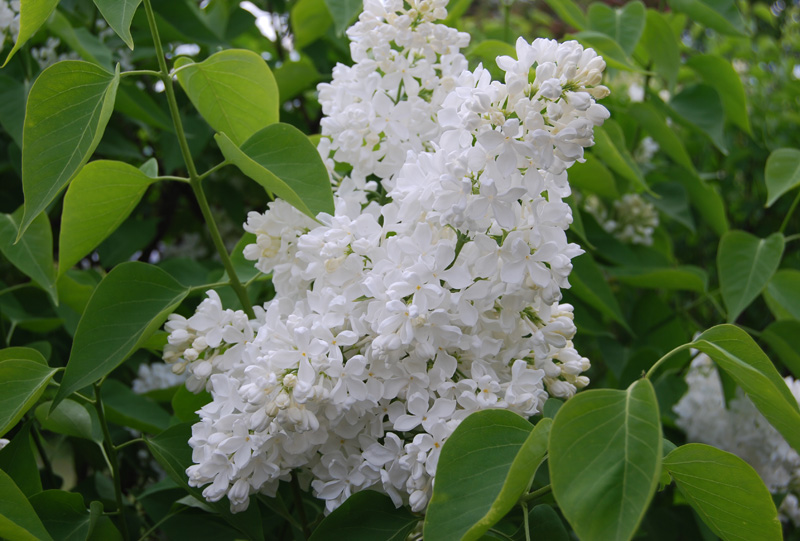