A lilac with blueish blossoms – a tribute to PēterisUpītis's native Vidzeme.

Horticulturist and plant-breeder PēterisUpītis was born in 1896, in Jumurda district in Cēsis region, in a house called KalnaRūsiņi. He was the eldest of five children. Both of his brothers, Augusts and Valdemārs, became professional photographers, while Pēteris, as was customary in Latvian families, inherited the home and the land, and became a farmer. Pēteris also liked photography; however, it was gardening that became his passion. After spending some years abroad, Pēteris returned to his house, Jaunrūsiņi where he planted his first orchard, and which became the best-known model farm in the province of Vidzeme. Unfortunately, Pēteris lost his family home during the Second World War, and he relocated to the province of Zemgale. From 1948 on, Pēteris lived in the vicinity of Dobele. To commemorate the nearly 50 years he had lived in Vidzeme, he named this bluish lilac cultivar 'VidzemesDebesis' ("Vidzeme skies" in Latvian). The blossoms are medium-large in size. Early on during their bloom, they are a rose-violet colour, later acquiring a bluish hue. The lilac blossoms relatively early, with large, irregular-shaped inflorescences. 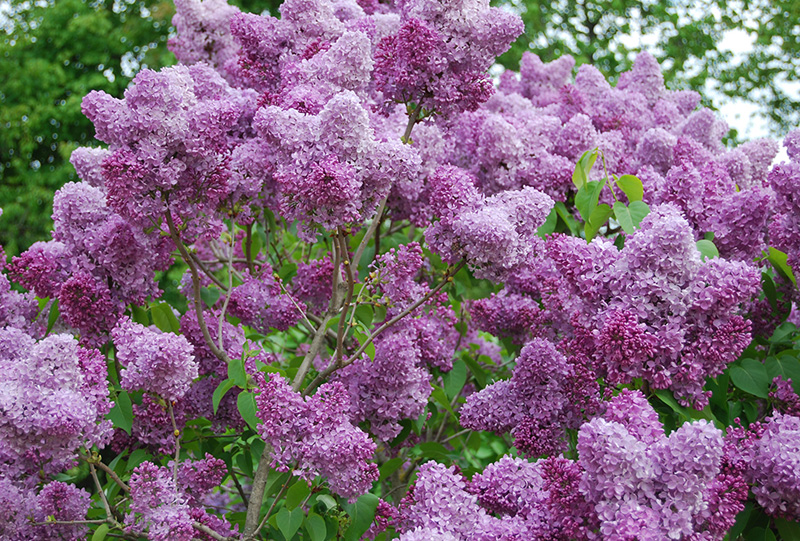