A lilac with the highest number of five - leaf blossoms among lilac cultivars.

KristīneBaltpurviņa was born in Viesiena district in Madona region, in the house of Kulitēni, not too far from Jaunrūsiņi house. Her brother, Augusts Baltpurviņš, was a writer. The brief, romantic moment when young PēterisUpītis got to know his neighbour KristīneBaltpurviņa was marked by mutual affection and feelings of love. Pēteris's brother Augusts recalled: "The local agricultural society, as it is customary in the country, held dances and balls. I remember Pēteris getting dressed for a ball in Vestiena with great care. He was going to meet his sweetheart there, KristīneBaltpurviņa. At the end of the dance, the girl walked him home, and Pēteris asked her with unmistakable sarcasm whether she offered to walk many boys home. Kristīne spun around and started walking home, but Pēteris wasn't going to apologise, so he stubbornly continued on his way. It was a separation for life. I don't know whether he regretted it, but that's how the romance came to an end." PēterisUpītis was a complicated person, and he spent his life alone, but he was heartbroken over the separation from Kristīne. On March 8th, 1972, PēterisUpītis wrote to his brother: "I'll be going, and... will give me a ride. Her son GunārsPlacēns(KristīneBaltpurviņa's son, an actor at Dailes Theatre) sent me a telegram this morning. I suspect it was her wish that I be notified. We hadn't seen each other for 50 years. I had thought that we might meet one day, and reconcile, so to speak, but this is how it has turned out." PēterisUpītis attended Kristīne's funeral, and, a year later, named this beautiful white lilac after her. 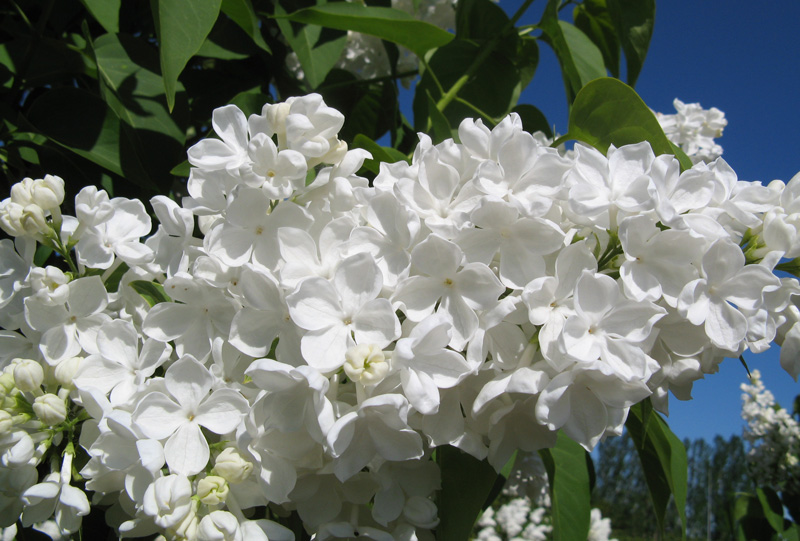